The work of art in the age of platformization

The most exciting innovation in digital art isn’t the art itself—it’s the platformization of that art.

This is Jason Salavon’s Kids With Santa, created by averaging dozens of photos of children sitting on Santa’s lap:

And this is the platform inspired by it that allows anyone to create their own Salavon-esque “average art”, based on any set of photos:

This is a major contemporary trend of the remix era: a digital artwork pioneers an innovating and striking new technique, and a short time later, a platform arrives that allows anyone to imitate it (sometimes created by others, other times offered by artists themselves).

It’s a bit like Brunelleschi putting the finishing touches on the Duomo — only to discover that every middle class family in Florence had designed and built their own private domed cathedral that was every bit as good as his. 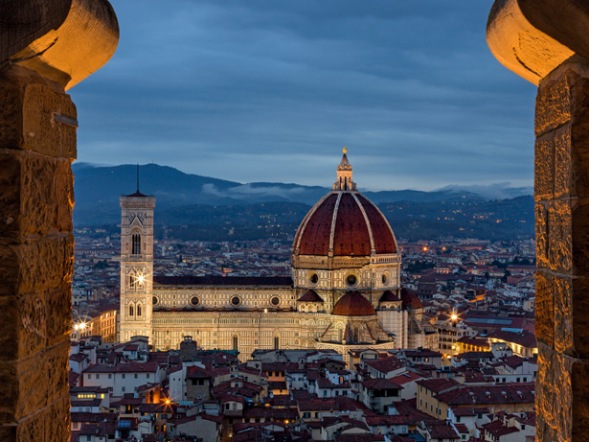 So what’s the result of platformization for the artwork the platform is based on?

As Walter Benjamin observed in his famous essay, in the age of mechanical reproduction of art, the “aura” of the original artwork tends to “wither”.

What happens to that aura in the age of platformization? I think the destruction of the aura is even more violent.

While mechanical reproduction tended to occlude or mystify the process of artistic creation—a postcard of the Eiffel Tower makes it even more dreamlike and symbolic than the real thing, makes it even more difficult to discern how it was ever designed and built—platformization demystifies artistic creation by showing audiences how to make art that is exactly as good as the original.

Thus what Benjamin prophesied would happen to art in the age of mechanical reproduction, but never (in my opinion) really did happen, now actually is happening in the age of platformization.

← I am the very model of a modern metasexual
Gandhi, fixed →